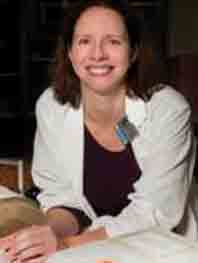 Valerie was born in Quebec and graduated from University of Montreal in 1998. She started work at the University of Wisconsin in 1999 where she acquired her Diplomate of the American College of Veterinary Internal Medicine (Oncology) in 2003. From there, she moved to Switzerland and began work at the University of Zurich in 2003 working as a Medical and Radiation Oncologist and acquired Diplomate status of the American College of Veterinary Radiology (Radiation Oncology) in 2006. In 2007 she moved to Australia and joined the team at Brisbane Veterinary Specialist Centre and helped built the first radiation facility for pets in the southern hemisphere. She moved to Guelph in August 2012 and is part of the animal cancer centre as a radiation oncologist.